Being Bear Smart in the Outdoors 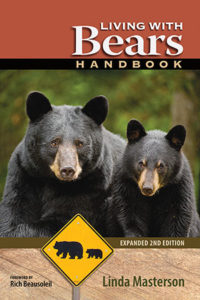 Hiking, camping, traveling, working or just walking your dog anywhere you could encounter bears requires advance planning. Being bear smart is the best way to have fun, stay safe and avoid creating problems for yourself and the bears.

"Living With Bears Handbook is the best single source of information and inspiration on how to understand bears and reduce human-bear conflicts."
- Stephen Herrero, author of Bear Attacks: Their Causes and Avoidance

Now available: Bear Smart Pocket Guide for anyone who 'plays' in the great outdoors. Playing in Bear Country covers bear smart tips for hikers and campers, and what to do if you encounter a black bear. 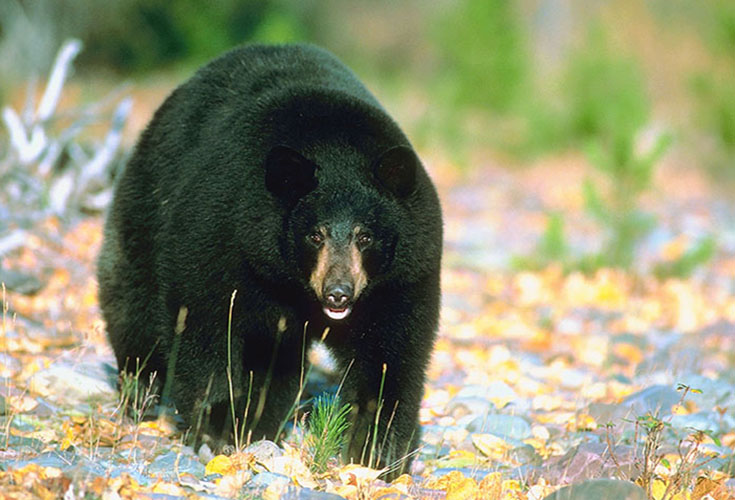 Hiking takes you into places wild animals call home. You're the guest; they're the residents. It's up to you to learn how to enjoy spending time on their home turf without doing any damage. Statistically speaking, your chances of even seeing a bear are slim; the odds you'll be involved in an unpleasant encounter are slimmer still.

But if you do encounter a bear, not knowing how to respond and behave could turn a dream day in the woods into a nightmare, or even cost you your life.

So arm yourself with the information you need to stay safe, have fun and make bear-smart decisions now – then you won't constantly be worrying about what might lurk around every corner, and the woods will be safer for both people and bears.

10 Tips for Hiking in Bear Country

Walking Dogs Can Be Dangerous

Dogs were involved in more than half of the 150 reported non-fatal black bear attacks on humans between 2010 and the end of 2015. Just under half (46%) of the dogs were injured or killed; their owners did not fare quite as well, with 62% of them suffering injuries. Most of the dogs involved had been off-leash, a situation that can easily result in an aggravated bear chasing a yapping canine back to its owner with unhappy consequences for all involved.

Experts recommend that if you walk your dog in bear country, you keep it on a short leash at all times, carry bear spray and a walking stick, stay alert and turn off your electronics.

"Living With Bears Handbook is the most comprehensive, cogent, and handy guide about bears that I've found. I recommend this book as essential reading for our young officers in training and to citizens who live and play in Colorado's abundant bear country."

"Linda makes it easy to be part of the solution."

Rachel Mazur, wildlife ecologist and author of Speaking of Bears 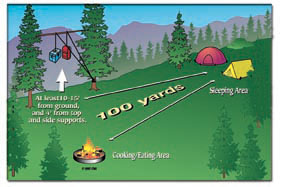 How to Set Up a Bear-Smart Campsite 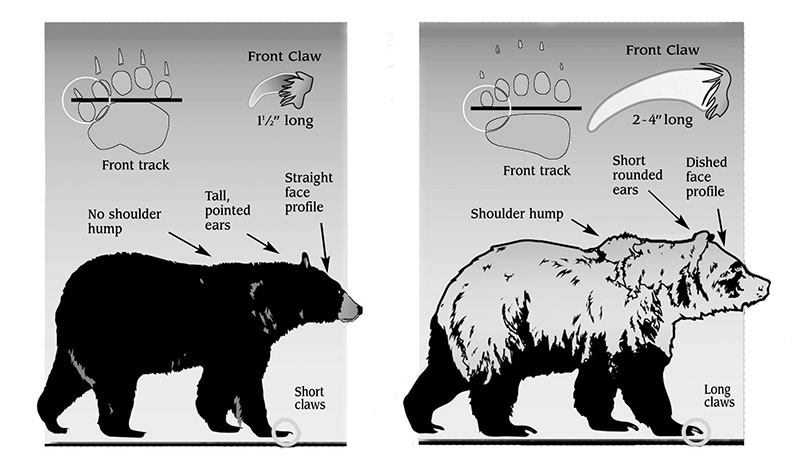 How to Tell a Black Bear from a Grizzly

Where Black Bears Can Be Found >>

A map of where nearly 900,000 black bears roam in North America